The following is a list of the top photography myths that I hear. The bold is the myth followed by the explanation as to why it's not true. I hope you enjoy! And if you do, make sure to like Peak Photography on Facebook or comment below with your thoughts! 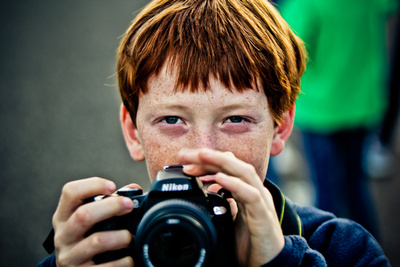 1.dSLRs are only for professionals: In years past this may have been true, with dSLR prices being in the thousands and lenses prices the same. Camera manufactures have really begun to market to the amateur crowd, and you can now buy great quality dSLRs for under $700.
2.  Photography is too expensive: This goes along the lines of #1, but technology continues to get more affordable for the average American. Yes, if you want the top equipment then you’re looking at a very pricey hobby. Which brings me to my next point….
3.  You need great equipment to get great pictures: It’s important to remember it’s not the camera that makes the picture, it’s the photographer. Some of my favorite and most popular shots were actually done on an entry-level dSLR. While great equipment can lead to a better shot, sometimes it’s just more important to get the picture. 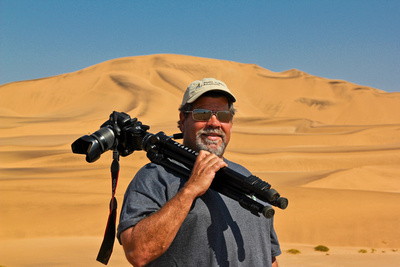 4.  Photography is too difficult: Once again, camera companies have made huge advancements in camera equipment to bring it to the masses. While you’re more likely to get a better shot if you’re using manual modes where you can get exactly what you want, you may end up missing the shot if you’re toying around with settings. The auto modes (aka the green button) do a great job at capturing a moment and are simple to use.
5.  The camera is more important to the lens: Camera bodies change yearly, lenses are the real investments. I have a lens that is probably 12 years old and still works great, expensive lenses are built to last for decades. A great lens on an average body is way better than a great camera with an average lens (I’ll be writing a whole blog on this issue in the future).
6.  Canon is better than Nikon and Vice-Versa: This is a debate that has waged on for decades and will continue to wage on forever. But the truth is they both offer similar products for similar price points. Once you do invest in one it is smart to commit it. This is the reason why I’ll always shoot Canon; I have far too much money invested in Canon lenses to switch over to Nikon. Each camera has its positives and negatives and it’s smart to do research as to what’s best for you.

Sunset over the Bridger Mountains

Bridger Mountain Panorama- Bozeman, MT: Prints here
7.  You MUST shoot RAW to get good pictures: I’ll be writing an entire blog on how much I love shooting RAW instead of jpeg, so don’t get me wrong I love and highly recommend shooting RAW. But there are some photographers who will say it’s an absolute must to get a good shot, and that’s a myth. For the average person I would advise against shooting RAW. Because if you’re the type of person who grabs the image right off the chip and uploads it to the internet, well RAW will make your pictures look worse!
8.  You lose quality every time you resave a JPEG: This one is semi-true… you do lose quality, but it’s not noticeable unless you were opening and resaving hundreds of times. This myth has been told time and time again, advising against opening repeatedly in Photoshop. But tests are showing that it’s just not true.

9.  Film is better than digital because it better represents reality: This is a common myth for one reason, photoshop. Now this could be true, it is easier for a photographer to manipulate a photograph beyond reality. But even without a true overhaul, the majority of photographers do edit their pictures in one way or another. But here comes the myth buster, film photographers used to do editing in the darkroom too. While it was more challenging, photographers like Ansel Adams were masters of “dodging and burning” in the darkroom. Now this myth is subjective as some digital photographers have ruined photoshop for the rest of us.
10.  The megapixel myth: This is my personal favorite, often people think that you need a lot of megapixels to get a good quality image. But look at professional cameras over the past 5 years, every year they have been getting better without increasing their megapixels. More megapixels don’t necessarily mean better images. I have a Canon 30D that I’ve retired, but it  only has 10 megapixels- the same as a lot of smart phones. But the picture quality is far superior on the 30D, that’s because a lot goes into an image instead of just megapixels. When do more megapixels come into play? The more megapixels the bigger you can blow up an image and the big megapixel cameras could do some huge murals if you wanted.

I hope you enjoyed this blog, if you have any suggestions for a new blog you can email me  or leave a comment below. If you did enjoy this article, buy a print! Print sales keep me shooting and feed the starving college student ;)

Russian Escorts in Aerocity(non-registered)
Nice vibes and beautiful web page i would like to share it with my all friends group
Aerocity Escorts(non-registered)
Hey guys, There is something Extra and far better even you didn't think about it, To check just click on the link.
Goa Call Girls(non-registered)
Nice post, Amazing content you have written here, I personally liked it, Great work and i personally shared it with my friend.
Escorts in Goa(non-registered)
This post has really great knowledge with getable words, I appreciate the person who worked on it, Keep it continue, To get something Extraordinary click on the link.
Independent Escorts(non-registered)
Fantastic post on this web page but luckly, I am here for those people who want Escorts who may fulfill their sexual desires. To take advantage visit the link.
No comments posted.
Loading...
Subscribe
RSS
Recent Posts
Top Ten Photography Myths Metallic vs Matte vs Canvas Prints Bald Eagles vs. Red-Tailed Hawks: An Aerial Battle
© Andy Austin - Photographer
Powered by ZENFOLIO User Agreement
Cancel
Continue